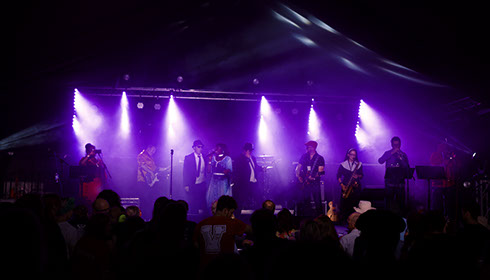 It doesn't get any bigger or better than this: The full 11 piece showband including our astounding Aretha Franklin tribute!

The 11-piuece band has twice headlined Cambridge Rock Festival, as well as performing at other festivals across the UK and Europe since 2011. This is the perfect line up for festivals, larger theatre shows, corporate events and special days such as weddings and marked birthdays. Have a look at some of our video clips for an idea of just how the full band sounds. 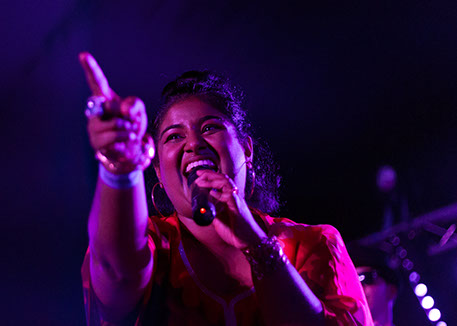 Disclaimer: The All New Blues and Soul Revue, this website, BigWig Productions,  the musicians, performers and artistes mentioned, all branding and publicity material are in no way representative of or have any official endorsement to  'THE BLUES BROTHERS as created and portrayed by Daniel Aykroyd and John Belushi.

The All New Blues and Soul Revue acknowledges and pays tribute to both feature movies - THE BLUES BROTHERS and BLUES BROTHERS 2000, and is not officially recognised by any official BLUES BROTHERS source, Daniel Aykroyd, Judith Belushi Pisano, Panacea Entertainments or UNIVERSAL MUSIC.

'THE BLUES BROTHERS' for  entertainment ﾠ services is owned by Daniel Aykroyd and Judith Belushiﾠ Pisano.

The All New Blues and Soul Revue is produced, owned and managed by Dave Wiggins (Sole Trader) trading as BigWig Productions in the UK.